News
On Apr 10, 2021
Share FacebookTwitterGoogle+LinkedinReddItWhatsAppPinterestEmailPrint
Dr. Tariq Humaid Al Tayer, Head of the Emirati-Latin American and North American Parliaments Friendship Committee of the Federal National Council (FNC), has met with Roberto Blanco Dominguez, Ambassador of Cuba to the UAE, at FNC headquarters in Dubai. Afra Al-Basti, Assistant Secretary-General for Parliamentary Liaison in the Council, attended the meeting. During the session, both sides discussed ways of boosting parliamentary ties between the two countries and emphasized the importance of enhancing cooperation in various domains, including cooperation and coordination on ways to address COVID-19 repercussions. 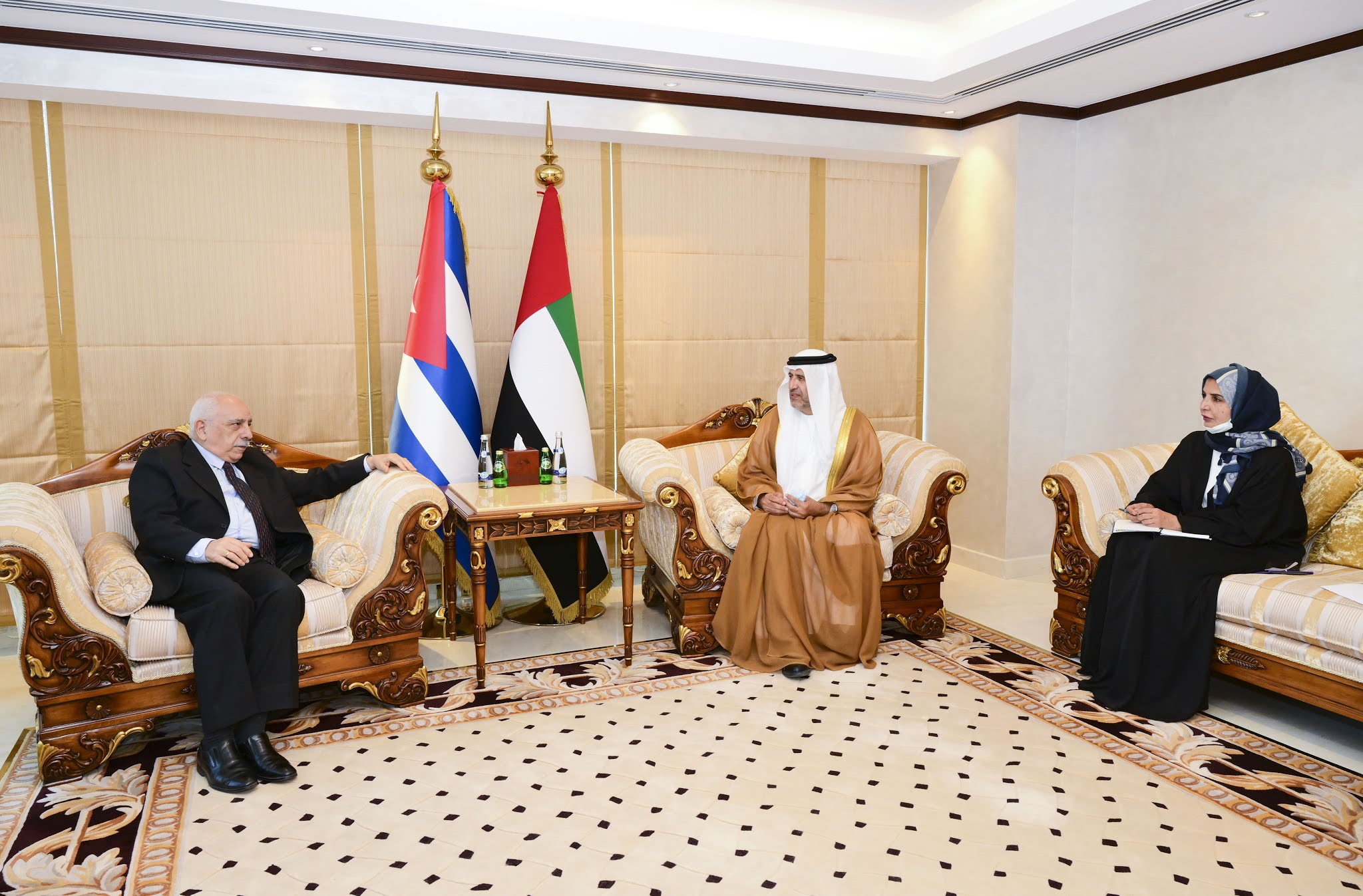 Al Tayer spoke about the distinguished parliamentary ties between FNC and the Latin American and Caribbean Group, which is deemed one of the largest geopolitical groups in the Inter-Parliamentary Union, mirroring the growing interests between the UAE and the countries of the group. The Cuban Ambassador stressed the importance of moving forward with economic and investment cooperation between the two countries, and the need to invest in the opportunity for Cuba’s participation in Expo 2020 Dubai, for the benefit of both countries.

Mercedes-AMG to start a new chapter in its motorsport history

NASA and Boeing will develop a more fuel-efficient aircraft design

Property deals worth $2.2 billion in Dubai this week