In Pakistan’s restive north Waziristan tribal district, two policemen who were escorting an anti-polio vaccination team were killed by unidentified assailants on Tuesday. While on a door-to-door anti-polio vaccination drive in the district bordering Afghanistan, gunmen attacked the team, killing one of its members and two policemen escorting them. The police launched an investigation into the killings. There has been no claim of responsibility for the killings. 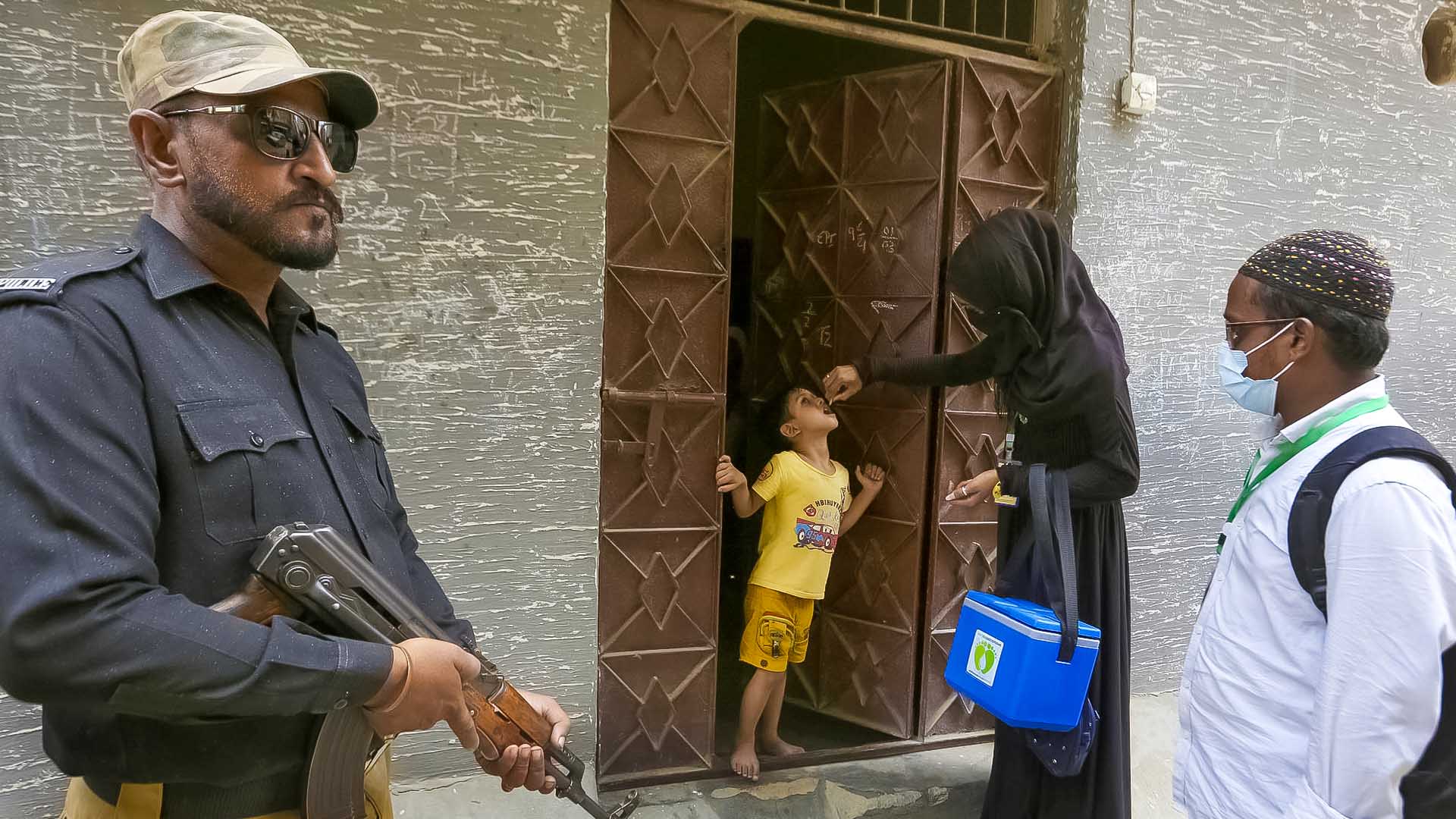 In recent years, attacks on workers of anti-polio vaccination drives have increased in Pakistan. In March of this year, gunmen shot and killed a female polio worker in northwest Pakistan as she returned home after taking part in the country’s latest anti-polio campaign. Earlier this year, in northwest Pakistan, armed gunmen shot dead a police officer guarding a team of vaccine handlers for polio vaccines. According to the World Health Organization, Pakistan is still one of two countries in the world where polio has not been eradicated.

In recent months, Pakistan’s vaccination programme has come under scrutiny after a poliovirus was detected in London sewage samples for the first time in four decades. Health authorities in Islamabad claim the vaccine-derived virus found in the UK exists in 22 countries, and the type found locally was wild poliovirus (WPV). Pakistan Polio Eradication Programme National Coordinator Dr Shahzad Baig told the Dawn newspaper on Thursday that it is too early to determine whether the virus has travelled from Pakistan. This is because the UK authorities have not yet announced the results of the genome sequencing.

It was reported in May that Bill Gates, a key funder of eradication campaigns, had written on his blog that insecurity and misinformation are widespread in the region. This makes it more difficult for authorities to reach every child who needs the polio vaccine. At least one militant Islamist group has previously claimed responsibility for similar attacks on polio teams. This was in an attempt to portray the campaigns as an attempt to sterilize children by the West. Earlier in March, a woman administering polio vaccine doses was killed in the same region when she returned home from work.

Mosque explosion in Kabul has killed four and injured 10

Hurricane Fiona floods Puerto Rico and knocks out its power