H.H. Sheikh Abdullah bin Zayed Al Nahyan, Minister of Foreign Affairs and International Cooperation, said the rapid response shown by the UAE and Bahrain toward the fallout of the COVID-19 is a model to be emulated for cooperation between regional and international partners. Sheikh Abdullah made the statements while co-chairing with Bahraini Foreign Minister Dr Abdulatif bin Rashid Al Zayani, the 9th session of the Joint UAE-Bahrain Committee, which convened virtually. 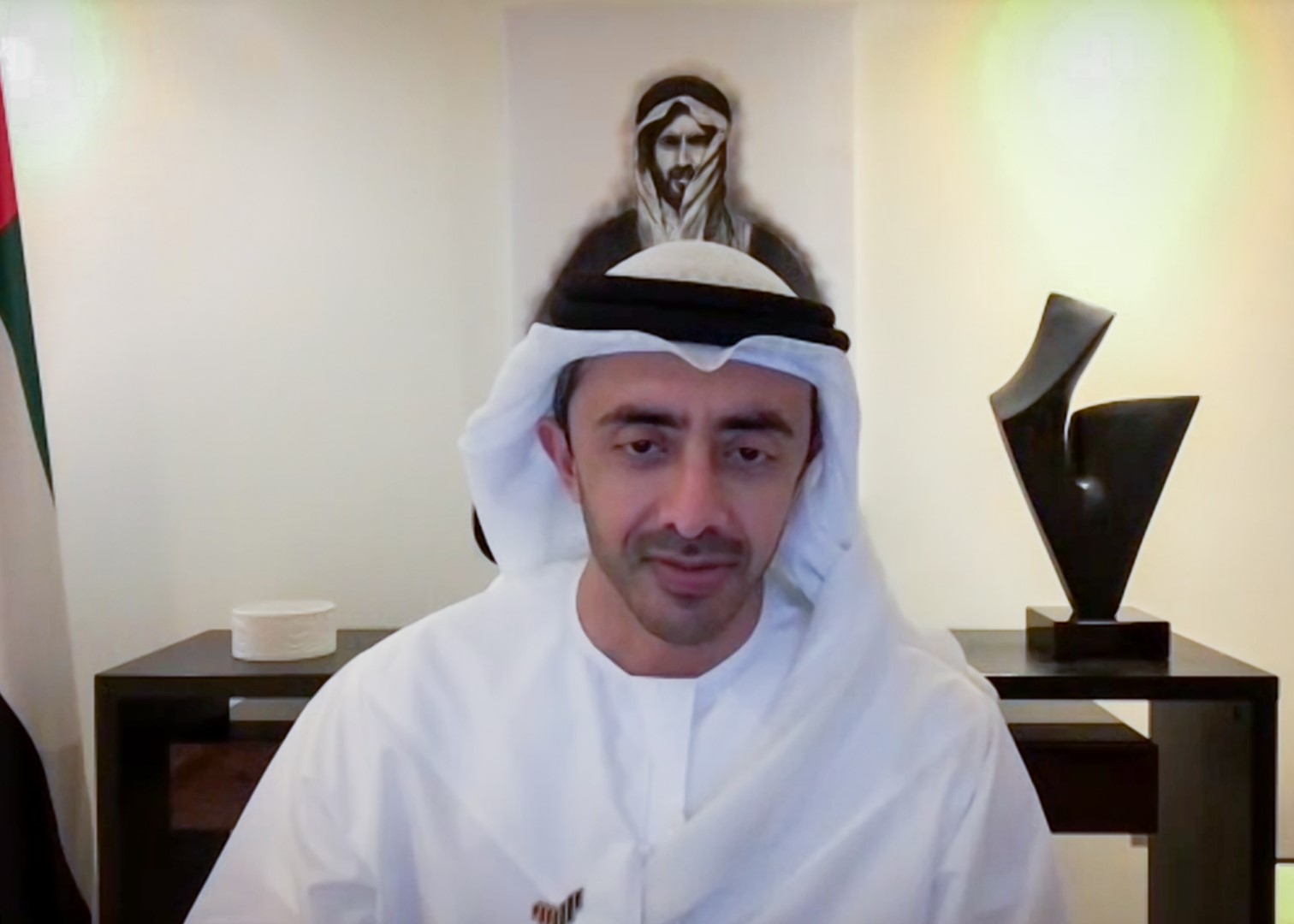 “The 9th session of the Joint UAE-Bahrain Committee is convening under exceptional circumstances that have contributed to enhancing collaboration between the two fraternal nations,” Sheikh Abdullah said, adding that the UAE is looking forward to growing cooperation with the Kingdom of Bahrain in order to survive the current crisis.

“The UAE and Bahrain enjoy longstanding and deeply rooted relations that were existent even before the establishment of diplomatic relations between the two nations in 1971 thanks to the gracious support of late Sheikh Zayed bin Sultan Al Nahyan, and his brother late Sheikh Isa bin Salman Al Khalifa. Today the bilateral relations enjoy the full support and care of the leadership of the two nations under President His Highness Sheikh Khalifa bin Zayed Al Nahyan, and King Hamad bin Isa Al Khalifa, of Bahrain,” Sheikh Abdullah added.

“The tireless efforts made by the two nations through the joint committee have advanced the bilateral economic ties, with our non-oil trade volume growing over the past years from $4.6 bn in 2017 to $7.8 bn in 2019,” the UAE top diplomat said, signaling the multi-billion dollars of investment flows between the two sides over the past years across various domains.

94 people have been killed on a sunken Lebanon migrant boat

Despite the lowest unemployment since 1974, the UK jobs boom is fading

Moroccan and German governments affirm their desire for deeper…

Tennis legend Roger Federer will retire after the Laver Cup